A Brief Lesson in Western Semantics. . . .

A brief lesson in semantics according to Western discourse. . . . 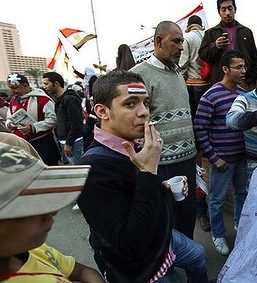 Here we have an Egyptian protestor in Tahrir Square, or a "noble, freedom-fighter committed to the cause of democracy, freedom and the people." 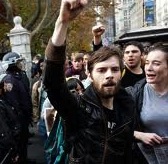 Here we have a Wall Street Protestor or "a lazy, misguided, troublemaker, who has no 'right' to occupy public space and who should go get a job. 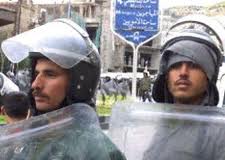 Here we have two Syrian Police Officers, or "brutal tools of a police state that thwarts freedom of speech and contravenes people's human rights." 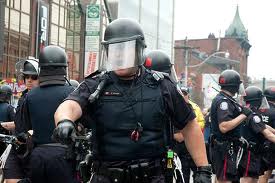 Here we have some members of the Toronto Police Department, or "committed civil servants who keep the streets safe from trouble-making thugs."

Here we have Honsi Mubarak or "a viscous dictator who thwarts democracy." 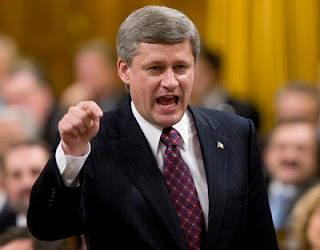 Here we have Canadian Prime Minister Stephen Harper or "a committed leader of a Western democracy who believes in the rule of law."
Any Questions?
(P.S. Both leaders in question have or had about the same percentage of public support)
Posted by Kirbycairo at 9:57 AM