Ok, I will go out on a limb here and predict that Obama will lose the up-coming election to Mitt Romney.  This victory will not be based upon Romney's popularity but on the near complete failure of Obama as president and the hopelessness of the Democrats in Congress. No matter what Obama was to do during his presidency, the rightwing was going to condemn him as a radical socialist. During the past four years the Democrats have further demonstrated that they are essentially the party of the rich despite trying to portray themselves as the party of the people. Meanwhile Obama did nothing to fulfil the promises of governing from the left of spectrum. He never closed that symbol of American fascism, Guantanamo Bay, despite saying it was to be his first order of business. He did little for the environment, he didn't bother with any real reforms to Wall Street or the Banking sector despite the fact that they almost single-handedly brought down the global economy. His health-plan was better for the insurance companies than for the average people, and bankruptcies due to health problems continue apace in the States. Despite the ranting and raving of the right in America, Obama is little more than another neo-liberal with slightly liberal social attitudes. Because of the fact that Obama did nothing to live up to his liberal tongue-wagging, he has largely lost those that he brought into the political process and those left-leaning democrats who lived in great hope that he would be a real reformer. As a result of this, and the continuing economic problems of the US (many of which are a direct result of neo-liberal economic policies), many left and liberal voters will just stay home and if Obama wins, it will only be by a very slim margin.

Now, don't get me wrong. While Obama is just another mainstream politician, Romney and his running-mate are just plain wacko. The Republicans are so crazy that they threaten to bring down the entire world economy, start a nuclear war, and bring us back to the sixteenth century where women and gay rights are concerned. It simply baffles me when I hear otherwise rational people talk as though this billionaire who made a career out of liquidating companies, killing jobs, and sending capital oversees, is going to reinvigorate the US economy. It is simply amazing to me. The neo-conservative agenda of men like Romney (and Harper for that matter) is simple - turn the economy into a third-world style system so that the rich can truly benefit from the capitalist order. And what is remarkable is that people still buy their political talk even while they actually offer nothing in their discourse or policy. The only policy initiative that the rightwing offers is lower taxes, something that has demonstrably failed to grow any economy. You continually hear Haper talk of 'creating jobs' and building the economy, but you never hear ANY actual policy ideas other than lowing taxes. The simple fact is that higher taxes and more government intervention has proved time and again to be the most successful way of bring up living standards and growing an economy. Anyone who looks at the facts knows this. Yet people, often people who are struggling to make ends meet, actually think that billionaires who want to give tax breaks to the richest are going to make things better for them. It baffles me.

We will see if Romney and his bizarre Randian running-mate will be able to pull it off. I know that Harper is salivating at the notion. Weider things have happened, that's for sure. Meanwhile in Canada, it seems clear to me that Fortuna's pendulum has swung away from the rightwing as Liberals (both in name only) face defeat in Quebec and BC and Harper's government has seen the fastest, most dramatic plummet in the polls that any government in Canada has experienced. The noticeable deterioration of the environmental conditions will further erode rightwing support. People are watching the post-war gains erode and they are slowly panicing about their future and the future of their kids.

Romney might win. But his victory will be more of the failure of the left to actually step up and have the courage to offer real solutions, solutions that have worked in places Scandinavia and once worked here until the rightwing nutbars convinced people that prosperity and equality are bad things.
Posted by Kirbycairo at 2:57 PM 5 comments:

Among the many important differences between the right and the left is that if the position of the left is incorrect, it is an honest mistake. Socialist philosophy is fairly simple really - it proposes that the so-called market economy is not necessarily effective or efficient in certain areas of our social system. It really is as basic as that. Now, the fact is that despite what many on the right would have us believe, this is a nearly universally accepted postion at some level. There is no rational person who could believe that what we currently have is a "free-market" system, and we have accepted that markets cannot be "free" but must be controlled and regulated. More specifically, in various parts of the economy, such as education, we have long ago accepted that the only way to guarantee a universal system of more or less equal primary education is through a state sponsored system. I believe this is essentially undeniable since there are almost no viable political parties in the Western democracies who advocate for an elimination of this form of socialized education.

Now, getting back to the point at which I began, these socialist ideas (whether radically advocated or not) are more or less universally accepted by even rightwing parties. But if the more radical position of socialism turned out to be incorrect, it would be an entirely honest mistake. The goal of socialists is (even according their strong critics) to reach a more equal and universally prosperous society. The rightwing suggests that it is naive and wrong-headed to be committed to socialism, but it seems clear to me that the motives are fairly honest or straightforward.

On the other hand, the prevailing rightwing ideology is not only wrong but, in most cases, blatantly dishonest. The rightwing talks about freedom but pursues policies of powerful central governments with all sorts of powers to enter and control your personal life. They talk about smaller governments but generally increase the size of governments, the number of regulations, and overall they don't even reduce taxes. Rightwing governments talk about economic freedom but they pursue policies that radically increase the power of larger corporations which in the end reduce everyones' economic freedom. Most importantly, rightwing governments talk about increasing general prosperity but they pursue policies that they know will only increase the wealth of the richest group and will weaken the majority. Men like Mitt Romney, for example, know that their economic policies are specifically designed to increase the wealth of the rich, increase economic inequality, and weaken the ability of most people to better themselves.

The conclusion for me is simple. I would rather be naive (though I don't think I am) than be dishonest.
Posted by Kirbycairo at 1:58 PM 5 comments:

Here are some interesting parallels -


Jean Charest of Quebec is fighting an election in the midst of a major investigation into corruption, the results of which could easily drive him from office if he were to win re-election. 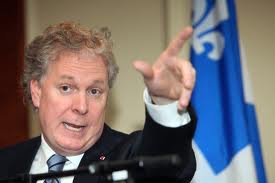 Richard Nixon fought the 1972 election amidst an investigation into a major corruption scandal (Watergate) which did indeed eventually drive him from office. 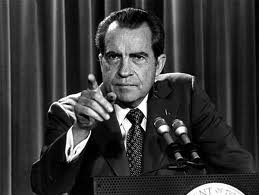 Jean Charest is fighting an election amidst a large public protest movement which he is attempting to parle into an election victory. 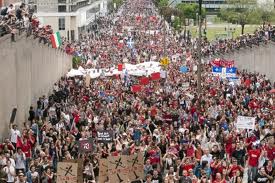 Nixon also fought an election while a huge protest movement raged in the streets against the horror of the Vietnam War. 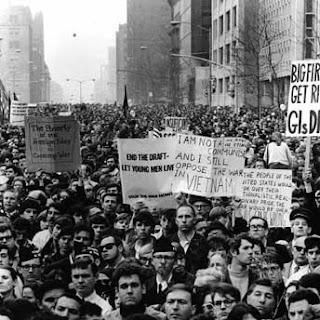 Jean Charest seems to have attached himself to the political slogan "The Silent Majority" to further marginalize the protesters and all who would vocally oppose his tyrannical neo-liberal agenda. 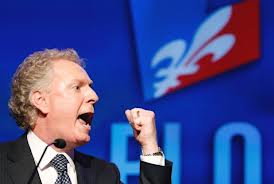 The phrase "The Silent Majority" was, in fact popularized by none other than Richard Nixon. 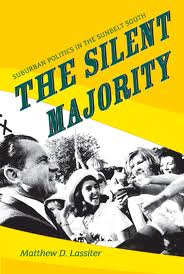 Nixon was little more than a heap of excrement. 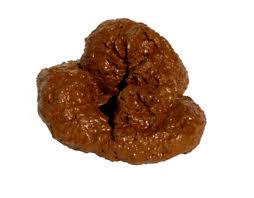 The only question left - will this be the Quebec voter? 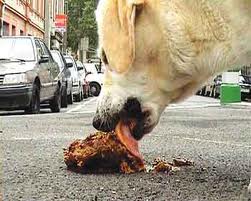 Politically speaking, I exists in two extremes these days. On the one hand I am intensely pessimistic. It is now clear that Harper has de facto control of Elections Canada and this make our Prime Minister more or less like Vladimir Putin. Harper has turned the military into an arm of the Conservative Party and is attempting to do the same with the RCMP. It is entirely reasonable to believe that Harper can now win future elections with deep and broad fraud and since Canada does not allow foreign election observers, fraudulent elections could go on basically unchecked. Furthermore, on bad days I honestly believe that if by some miracle Harper was unable to orchestrate an election 'victory,' he would still refuse to give up power and go from being a de facto dictatorship to a de jure dictatorship.

This is the pessimistic me.

On the other side I sometimes think that no Western leader has done more for the leftist cause in recent years that Harper. He has shown the rightwing to be not only tyrannical, dangerously militaristic, secretive and paranoid, lawless, anti-environmentalist, corporate pawns, but also widely incompetent both fiscally and legislatively. In attempting to appear to occupy the political centre (though never actually doing so) and destroying the Liberal Party of Canada, Harper has driven many voters into the NDP camp. But, more importantly, Harper's psychotic paranoia and tyrannical style, has demonstrated to many exactly what the rightwing in this country really stands for. Meanwhile, his bizarre behaviour regarding environmentalist and any alternative energy approach makes even many conservative voters deeply nervous. Though Harper has always attempt to govern (and change things by stealth) it has become difficult for him to hide his real agenda and that agenda is the very best demonstration of just how bad modern conservatism is that I, and many Canadians, can think of. What better way of promoting leftwing change than demonstrating to everyone that rightwing ideology in a modern Canadian context is a lawless, tyrannical, top-heavy, secretive, paranoid, blindly pro-corporate, fiscally irresponsible, and dangerously unstable way of thinking?

Thus some mornings I get up and I look like one of those cartoon characters with a cloud over my head imagining the worst, most tyrannical future for all of us. And other mornings, all I can think is "thank heaven Harper is such a nut-job because he is destroying the very political ideology he is trying to create.
Posted by Kirbycairo at 12:29 PM 12 comments: