William Hone and our radical heritage . . . 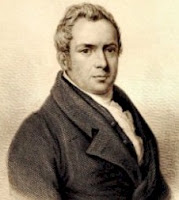 I bow to the great unsung hero William Hone, one of the indispensables. William Hone was a British writer, journalist, and bookseller who made a great contribution to the struggle for freedom of the press. Born in Bath in June of 1780 Hone joined the London Corresponding Society when he was only sixteen,  where he joined a group of people devoted to political justice and freedom of expression. He eventually started his own journal called the Reformists’ Register and was actively prosecuted by Lord Liverpool’s government which continue to be paranoid about potential Jacobins and the threat of political unrest. Hone defended himself against the charges despite exhaustion and illness and walked away a hero of writers and journalist when he was acquitted on all charges. Hone was a good friend to many writers of the age including Thomas Hood, Robert Southey, and Charles Lamb. Hone is remembered for a number of amusing books including The Political House that Jack Built, The Queen Matrimonial Ladder, and the Man in the Moon. He also published a Year Book and a Table Book full of amusing anecdotes. Hone’s work is accompanied by hundreds of illustrations by the great George Cruickshank with whom he had a long successful relationship. Unfortunately Hone spent several years in prison for debt but with the help of friends he continued to write and publish and was eventually released. Hone died at Tottenham at the age of 62 and is buried in the Abney Park Cemetery in Stoke Newington.

Hone was one of many, largely forgotten authors and activists who struggled for justice and freedom against the forces of evil. And like so many of these men and women he lived a difficult life and never received the recognition that he deserved. So much that we have as a culture, so many of our freedoms, privileges, and comforts are a direct result of people like Hone who toil in relative anonymity and are condemned by the rich and powerful as dangerous radicals. At any time in history you can look around at the so-called radicals and you can see the future.