Perhaps our Hearts Need breaking to remind us we are human. . .

The refugee crisis in the Middle-East and Europe is a complex issue. International turmoil, political economy, deep-seated historical conflicts. You can't blame people for feeling bewildered by the events they see unfolding. As they used to say about the issue of Northern Ireland: if you're not confused, you don't know what is going on.

But this isn't a complex issue -

This couldn't be simpler - it's a dead child, a child who should be laughing and running around in joyful wonder, happy to be alive and revelling in boyhood pleasures. This little boy's death isn't complicated, it breaks our hearts in as straightforward a way that any event can.

It speaks to our Western privilege and general callousness, that this has been going on for years in the Middle-East, yet it is only when it begins to affect Europe that we are collectively shocked and begin to really take notice. But let's put that aside for a moment and let this sink in.

You don't have to be a expert on politics to understand. You don't need to know the history of Middle-East or the role that Europe has played in these conflicts to know this is bad. You simply have to be a human being with all the empathy and compassion that goes along with it. 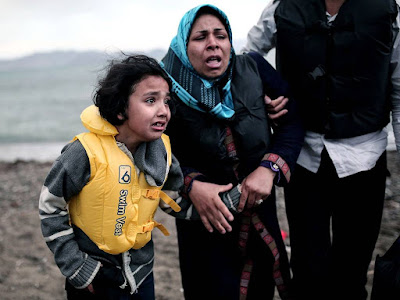 These are people. They are traumatized, hungry, vulnerable, worried, frightened, and in need of help. 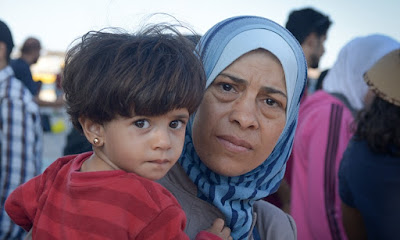 You can judge a people by how they treat the most vulnerable among them. And we will surely be harshly judged.

Now, after you have looked into these faces, and perhaps wept for the fate of that poor drowned boy, return your mind to the politics of this and look into the face of this criminal. 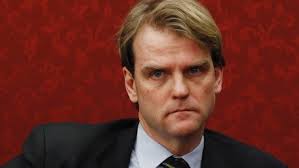 This is the man who rejected the refugee application of the boy and his family. This is the man who has spent years tirelessly trying to deny healthcare to refugees, and continually misrepresented those refugees to whom he wanted to deny benefits as "fake claimants," even when they weren't. This is the man who has aided Harper and his Government in ignoring thousands and thousands of those in need and take in only a paltry number of refugees from conflicts which are in part a result of Western greed and carelessness.

And perhaps the most sickening part of all is that these politicians call themselves Christians, as many callous, mean-spirited rightwingers do. But Jesus didn't assume that beggars were shiftless and lazy. Jesus didn't stand above the lepers and condemn their personal hygiene and assume that they were responsible for their fate. The ethics of Christ don't allow us to look to assign blame or second guess people's motives. Rather, Christian ethics require only this - help people, reach out your hand and lift people up, you are your brother's and your sister's keeper and you can never do enough.

Fate can be heartless. We don't have to be.

Posted by Kirbycairo at 8:23 AM